Death is the ultimate truth as it is one of the rarest events which is certain to happen in life. He who are born will surely die as nobody is immortal. There can be many reasons of death like malnutrition, hunger, disease, injury or accidents, death due to natural calamity etc. One of the other reasons for death is suicide. Suicidal death is a serious concern which is rarely discussed and debated. Death is certain but committing suicide is right or wrong? This question is debatable and is subjective in nature. Needless to say, Suicide is a crime and this crime is not punishable unlike others. Suicidal deaths happen across the globe. In this article, I have tried to cover this burning topic of suicidal deaths.

India is a large country both in terms of area and population and the country had faced and is facing many issues. The question arises whether suicide is an issue? Looking at the suicidal death figures, one can get the glimpse of it. The statistics mentioned in this article is based on the Accidental Deaths and Suicides in India (ADSI) 2015 report published by National Crime Record Bureau (NCRB), Ministry of Home Affairs, Govt. of India. In fact, suicidal deaths in India is more than 130,000 per year as per the NCRB data. Let’s look at the suicidal deaths from 2011 to 2015 as mentioned in below table:

Breaking it further, incidence of suicidal deaths is not distributed equally throughout the country. Some states have large number of suicidal deaths and some have few. In fact, it is largely concentrated in few states. In the year 2015, Maharashtra, Tamil Nadu and West Bengal were top 3 three states in suicides as mentioned in below table:

Apart from the top states with suicides, let us have a look at the major cities in India where suicidal deaths are in ample amount which is mentioned in below table:

Chennai heads the top of the list when it comes to suicides in major cities followed by Bengaluru and Delhi. There were 2274 suicides in Chennai in 2015 followed by Bengaluru and Delhi having 1855 and 1553 suicides respectively in 2015. As we know, New Delhi is the capital and Mumbai is the financial capital of India, Chennai can be said as the “Suicidal Capital”, on a lighter note. All the major cities like Chennai, Bengaluru, Delhi, Mumbai etc have reported more than 1000 suicides in 2015.

When a soldier is fighting with the enemy, he must be fearless and courageous to defend his nation. When a student disqualifies in his exams or job recruitment, he should fight back with proper preparations which requires strong determination. Imagine a situation where nothing is in your support (financial, moral or familiar) and you are determined to pursue your goals going against everyone, taking such kind of decision require immense courage. When farmers bow seeds in rainy season, courage is required. There are many famous personalities across the globe who have proved themselves with their strong determination and courageous decisions.

Having said that, what makes people to commit suicide. What makes them to take such decision? It can be poverty, love affairs, unemployment, hunger, financial problem etc. As per the ADSI report, 27.6% of suicidal deaths in 2015 happened due to family problems. The other causes of suicides are mentioned in below table:

From the statistics discussed above on number of suicides and causes of suicides, suicide is a major concern, but it is rarely discussed and debated. There are many problems one faces in his life but ending own life solves the problem?

Committing suicide requires enormous courage. Every decision in life requires some courage but committing suicide requires the most. Ending one’s own life is not feasible and suicide cannot be the solution of any problem. Think the other way around. If someone has the courage to decide to commit suicide, why can’t that courage should be used to solve the problem? There are some points which I would like to raise…

What is your take on suicide? Is it justifiable to end own life or that courage should be utilized to solve the issue? While reading this article of mine, some of you may think that I am being philosophical by raising such query but frankly speaking, this is a concern which was in my mind for many years and hence thought of putting before you. In fact, I have raised this issue in one of my previous articles titled “Suicide – Right or wrong?”, the same can be read here.

Please share your views. Would be happy to have insights from all of you on this rarely discussed issue.

I slept one night with positive vibes.

It was difficult to find way to survive.

I saw myself struggling a lot.

Trying to build a new plot.

That also vanished due to a sudden storm.

There was nothing left to gain.

I was suffering with severe pain.

Crying from inside and outside.

I was fighting in my dream night.

Left alone in the curse of life.

I was finding some ray of light.

Nothing is left anywhere.

Humanity killed and humans are alive.

That’s the real world I must realize.

Better I should become pragmatic.

Suddenly I woke up from my dream.

Surprised to know what I saw in the dream.

Dream gave me one lesson.

Don’t give up but fight with your passion.

What I learnt is what I shared.

Dream taught me which I should care.

It was a nice morning looking at the rising sun.

Learning to move ahead with hope of none.

Sorry to say but that’s the reality.

I saw that dream long ago.

It gave me courage to go and get go.

The dream which I saw that night,

where I was fighting in my dream night.

It became my dream night which gave me courage to fight.

Quotations are very powerful and strong way to convey big and deep things in few lines. So here sharing few of my quotations which I hope will be liked by you. Writing quotations always gives me pleasure as it one of the few things which doesn’t take much time to write and read and at the same time has the capability to convey strong messages. Here I am sharing my 9th post of FEW QUOTES… series. Do read and share what is your views on these quotes of mine. 🙂 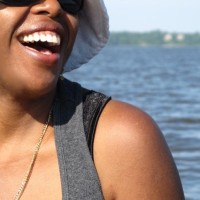 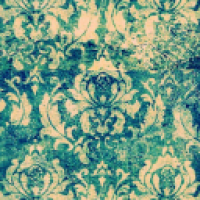 In the Wrong Boots

Exploring The World One Boots At A Time

Gain expertise in English and boost your career.

A bump into my inner voice

Books are my best friends

A New You Self Care

Balancing your Mind, Body, and Soul to Help YOU Create a NEW YOU

See the world and my stories through my eyes and column

Coming up with the Words

A Tranquil Slice of Life

Stories and advice from an aid worker, intrepid traveler, and mindfulness practitioner

True wealth is the wealth of the soul